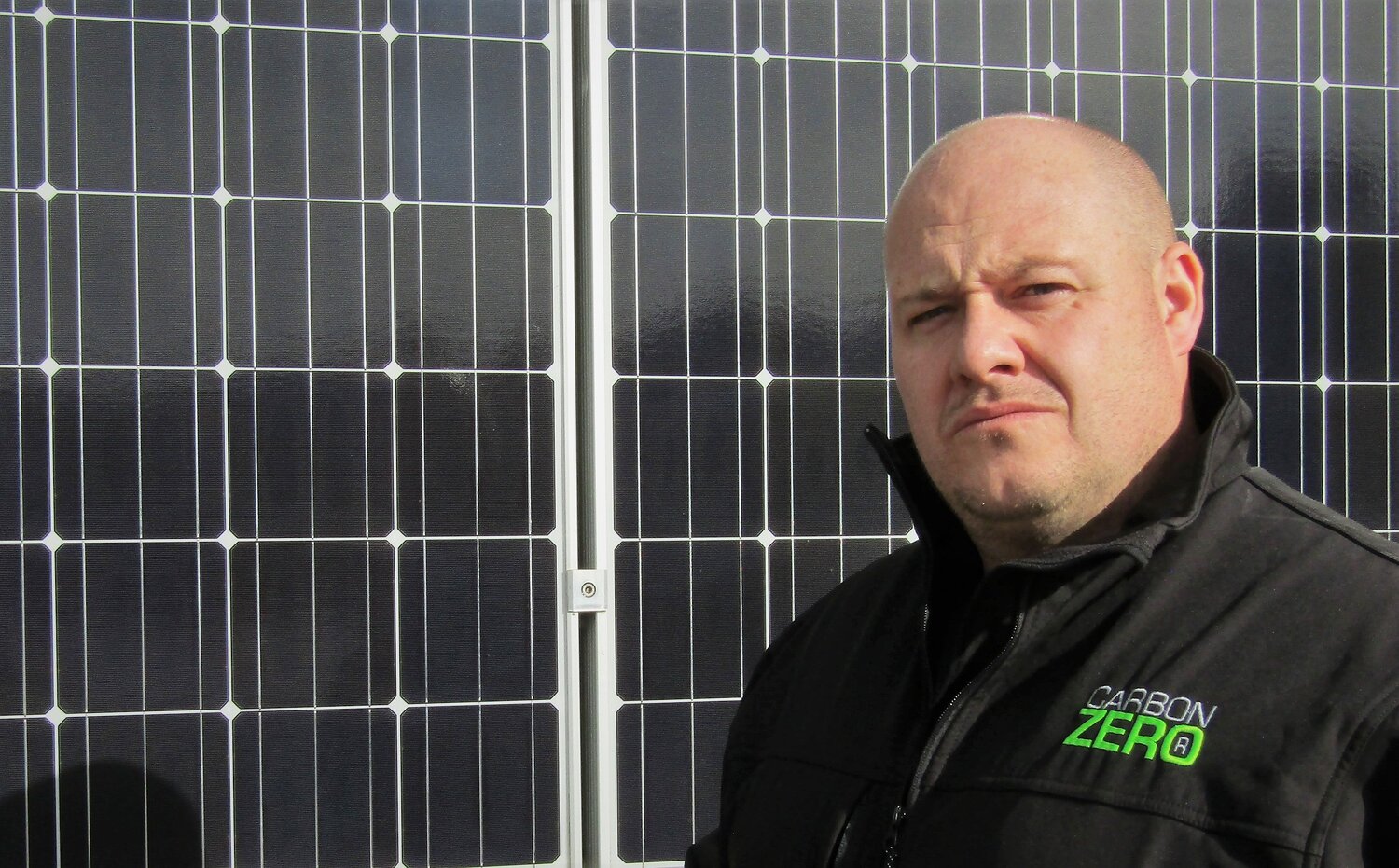 AN UNPRECEDENTED rise in gas and electricity bills has led to even greater demand for solar energy.

Carbon Zero Renewables – part of the UK Leisure Living Group, which has sites in St Asaph, Mochdre and Deeside – is taking on more staff to cope with a surge in enquiries, having experienced their busiest ever January.

Following the announcement householders will pay 54% more on average for their energy from April – and a further increase expected in October – long-term investment in a sustainable alternative is becoming more and more popular.

And with a move towards electric and hybrid vehicles, most people – particularly business owners – should commit now to save themselves further financial pressure, according to Managing Director Gareth Jones.

“The new price cap is going to make life very difficult for homeowners and companies in fixed contracts which for years had been affordable but could now treble,” said Gareth.

“We are already hearing horror stories from big energy using businesses on how their bill is doubling or in some cases tripling.

He added: “Solar panels are an investment and for those people looking further ahead they will be the most viable option, especially as advances in electric continue to take place and more people install high-energy items at their properties, such as car-charging ports, air source heat pumps and hot tubs.

“That has been reflected in our sales as 2022 started with a flurry of orders and the coming months look even busier. We are seeing the interest this winter I would expect to see in the summer, which is incredible.

“Orders are also a lot bigger than ever before, so we will be taking on a new business development manager, a project manager and other roles will be created in the summer if things continue like this.”

The moneysavingexpert.com website – founded by consumer champion Martin Lewis – discussed the pros and cons of renewable alternatives and said: “as well as saving you money on your energy bills, solar panels can still generate some electricity on gloomy days”, adding that “savings depend on system size, electricity use, whether you’re at home during the day to use the energy you’re producing and other factors”.

Gareth, a board member at the Federation of Master Builders and North Wales Past President, said:

“There are still myths around solar, the biggest one being it only works when the sun is shining.

“While more energy will be generated in hot weather, the panels still produce all year-round so if people are at home in the day – and more are due to a change in working conditions because of the pandemic – then they could capitalise on free power by then doing their washing and other household chores they would usually do at night.

“There are many benefits, but right now with so many people concerned as to what the future will bring the most important thing is clear communication and help for those who need it most.”

He added: “I’ve spoken previously about the lack of infrastructure nationally to cope with the electric agenda and it’s still way off. The Prime Minister’s team even confirmed that in recent correspondence I had with them.

“The Government has to do more to get on board and help future-proof our homes and business because this problem isn’t going to go away.

“We are on hand to speak to people who are worried, who need more information on solar or don’t know which way to turn at the current time – get in touch anytime, the team at Carbon Zero Renewables are here to help.”