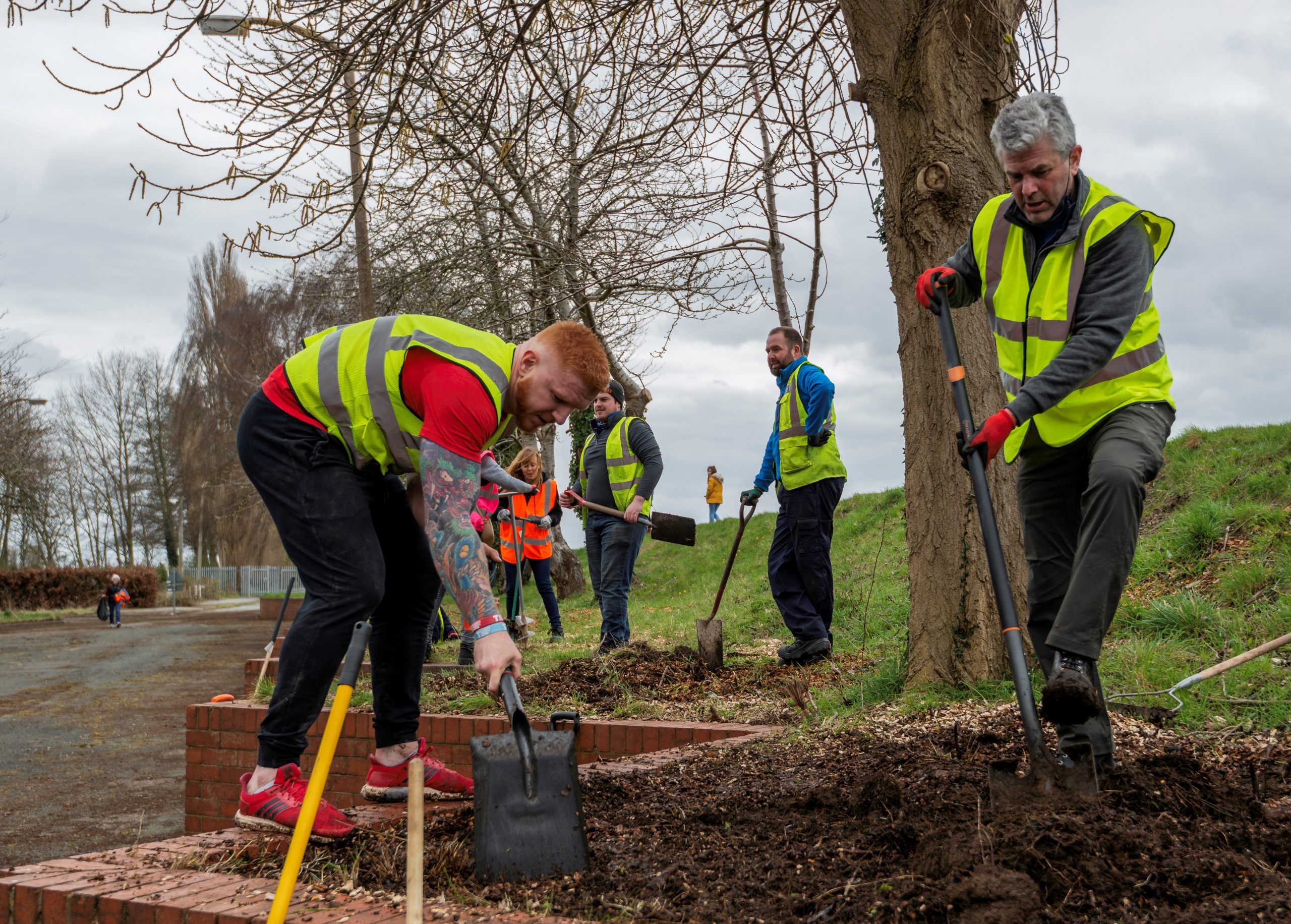 A STEELWORKS celebrating 125 years in North Wales is behind a campaign to restore a beloved landmark.

The building opened in 1907 and was home to the company’s general office before closing in 2009 and falling into disrepair after being sold to a developer.

Bill Duckworth, site manager at Tata Steel – which was founded in 1896 and employs more than 800 people in the town – is helping the Enbarr Foundation by providing free utilities so volunteers and tradespeople can continue delivering the project.

The company also supplied original drawings from its extensive archives to help with design and development in the months ahead.

“After selling the building we had hoped to see investment in it but sadly the opposite happened and it fell into disrepair,” said Bill, who has been with the organisation since 1987.

“The general office and clock tower mean a lot to us as well as local people, so we were delighted to see Enbarr’s plans for it and will do all we can to help Vicki and the team.

“My first office was in that building so I know it well and was sad to see it deteriorate so badly.”

He added: “As the works marks 125 years in Shotton, it’s important we continue to support the local community, because we are a big part of it now and in the future.

“This scheme will breathe new life into a part of the town that desperately needs it, so we are fully behind it.”

Vicki thanked Bill and Tata Steel for their “invaluable contribution” and congratulated them on their 125th anniversary.

“The steelworks has always been a major employer and a huge part of this community, so we are delighted it is so supportive of the project,” she said.

“By providing us with electricity and water, access to the archives and overall backing the company is making an invaluable contribution which is very much appreciated as we begin to make significant progress despite the challenges of the last year.

“Thanks to everyone who has helped us to this point, and if anyone is able to volunteer their time or resources to help us take the scheme forward please get in touch.”

For more information or to support the project, email vicki@enbarrenterprises.com or visit the Guardians of the Clocktower Facebook page.