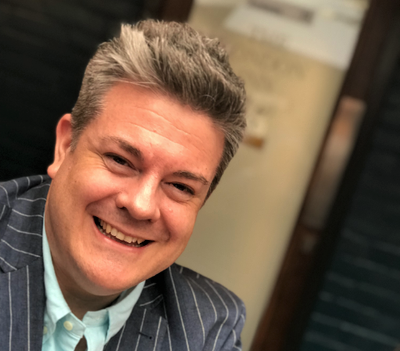 The team behind the award-winning GoBubbleSchool, based in Broxton near Wrexham and Chester, has launched Freedom2Hear.

The automated solution can be tailored to the needs of any organisation in a matter of minutes, shielding the user from insults, profanities and racist, homophobic and LGBTQ+ slurs via bespoke technology.

CEO Henry Platten said demand for an end to hate speech and discriminatory language on social media – notably Twitter – led to the development of the Freedom2Hear platform, which is already receiving interest the world over.

“We didn’t think this would be possible at first, but after receiving endless calls and messages asking if we could come up with an answer to what is a growing problem, we took on the challenge,” said Henry.

“What we have now is a highly innovative tool that gives organisations and individuals – wherever they are, whatever their background – the ability to detect and silence online abuse.

“We are all for free speech, and it’s very important to make that clear, but there is no place for any form of discrimination anywhere, online or in person.”

The former Police Sergeant added: “Sadly, this has become a major global issue so we hope Freedom2Hear will have a positive impact and help bring about change for this and future generations.”

The application has already received interest from overseas, including sports and entertainment franchises in the United States, and global sports brands in the UK working with Freedom2Hear to introduce the application.

Modelled on their GoBubbleWrap solution, Henry and the team have spent years building their own sustainable technology, so there is no third-party involvement.

“It’s basically human-free, which means we don’t have someone here checking your notifications and feeds for abuse, which could in turn have a detrimental effect on their mental health,” he said.

“We don’t require passwords, emails or full access to an account; privacy and security are key, so it’s a win-win situation and will make a huge difference to the virtual experience, helping to eradicate discrimination online.”

The news is a boost to the safety tech industry – worth up to £4bn a year – and comes as the business welcomed three leading names to its advisory board.

Patricia Cartes Andres, Director of Trust and Safety at VSCO and previously in executive quality and safety roles with Google, Facebook and Twitter, joins as independent chair.

She is supported by Lord Jim Knight, a former Minister of State for Employment and Welfare Reform, and a member of the UK Government’s Online Safety Bill Joint Committee, and Matt Manning, CEO of global marketing firm MKTG.

Patricia is delighted and proud to be able to help the team begin an exciting new chapter that could make a positive difference to the lives of millions of people the world over.

“Having operated in this sector for more than a decade I have seen first-hand how the issue of online abuse has sadly escalated,” she said.

“Freedom2Hear is an incredible solution to that problem and will no doubt improve the user experience for many people, as well as having a transformative effect on mental health and wellbeing.”

For more information and to book a demonstration, visit www.freedom2hear.com and follow the hashtag #freedom2hear on social media.

Visit www.gobubblewrap.com for the latest news and information from GoBubble.