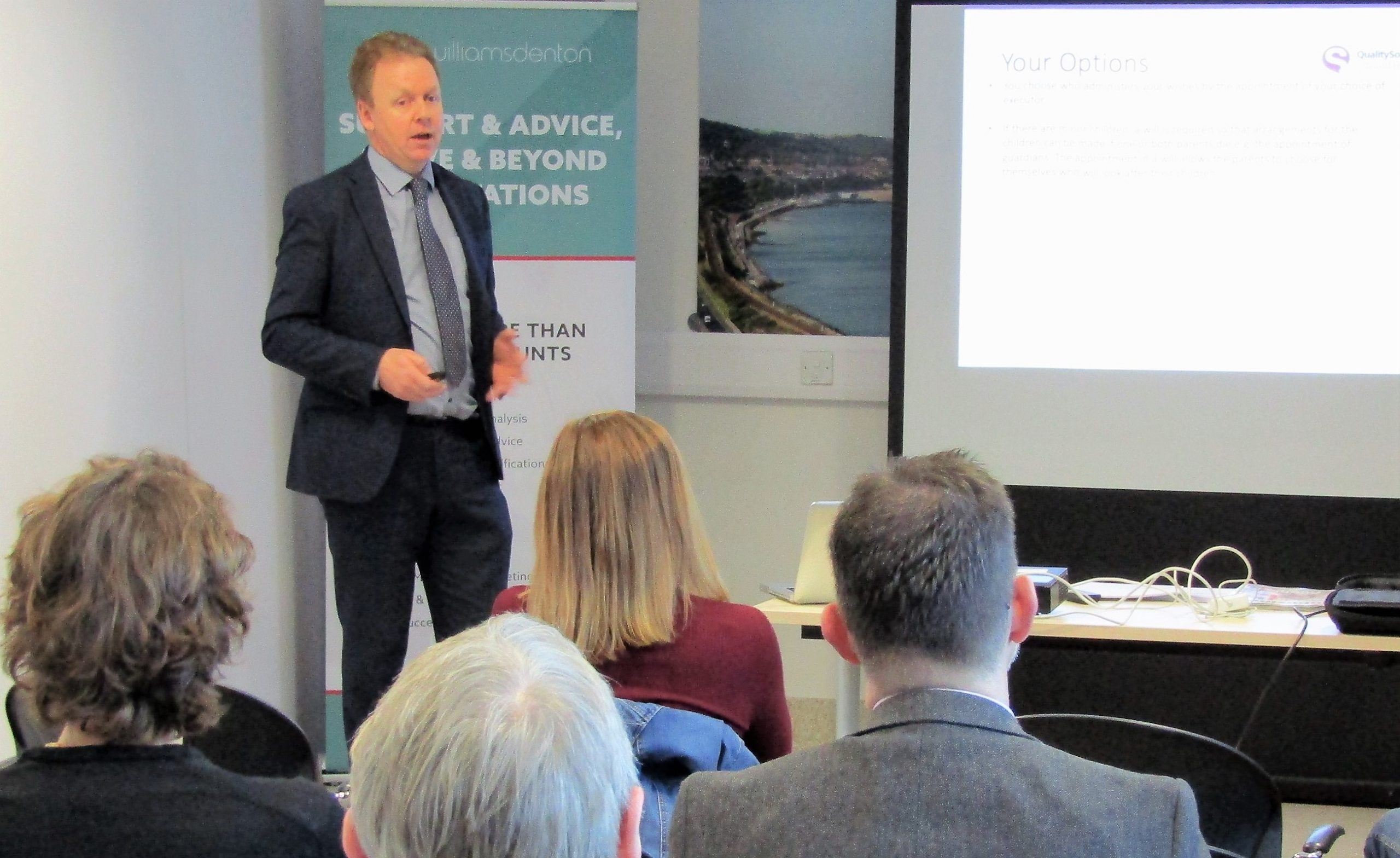 ONE of the most prominent solicitors in North Wales is celebrating 30 years with a long-standing law firm.

David, from Denbigh, has seen many changes – including major technological advances since the onset of the Covid-19 pandemic – and has represented thousands of people across the region in employment, personal injury, criminal and civil cases.

As he prepares to welcome daughter Ela to the practice as a paralegal, joining brother Ben, now a fully qualified solicitor, the 52 year-old reflected on his own time with the organisation.

“I wanted to be a lawyer from a very early age, it was the opportunity to help people and make a difference that really appealed to me,” said David.

“I did some work experience in Denbigh and just loved it, the people side of the job and the characters you would meet.

“I never would have imagined all these years later how different the role would be, it’s altered beyond recognition, but I am as determined and passionate as ever about the law.”

A former pupil at Ysgol Glan Clwyd in St Asaph, David went on to study at Liverpool University and Chester Law School before joining Edward Hughes Solicitors as a trainee in the early nineties.

“I knew I wasn’t interested in the corporate side of the law, despite it being more lucrative; I wanted to work in litigation and civil and personal injury claims, so I could try and make a difference to people’s lives,” he said.

“I did that, and business steadily grew until before I knew it, by the turn of the century I was asked to become a partner.

“It remains a huge honour and as an organisation we have always tried to do things the right way. Sadly, many legal practices in this area are not around anymore but we’ve managed to stay the course and remain at the forefront.”

He added: “Along the way there have been huge changes, from word processors and typewriters to the present day, when many solicitors are cocooned in their offices, and a lot of cases are held online.

“That has been a necessity because of the pandemic but it is one thing I miss, the interaction with colleagues and clients, the personal touch is vital for me because it is a big responsibility to represent someone – in defence or prosecution – because often a big part of their future is in your hands.

“Technology has brought things on a lot, but that’s not entirely a good thing. There have been a lot of cutbacks that have had a negative effect, especially on more vulnerable people, which is sad to see, and you get to spend less time with clients, but that’s where we are now and has to be accepted – the world has moved on.”

David now looks forward to another 10 years in the legal arena but admits it may then be time for a change.

“I’m looking forward to seeing where life takes me. Who knows what’s next? I have a lot of ideas, there are many things I would like to do and a lot I want to give back, so watch this space,” he said.

“I’ve been fortunate to work on some huge trials, represent hundreds and hundreds of people and work alongside many great staff here at Edward Hughes, it has been an honour.

“This can be an intense and intimidating job, but you have to get on with it. That’s ultimately why we are there and after 30 years my ethos is still the same, to try and help those who need it most.”

For more information and to contact Edward Hughes Solicitors, call 01745 343661 or visit www.qualitysolicitors.com/edwardhughes. You can follow them on social media at @QSEH_Solicitors.