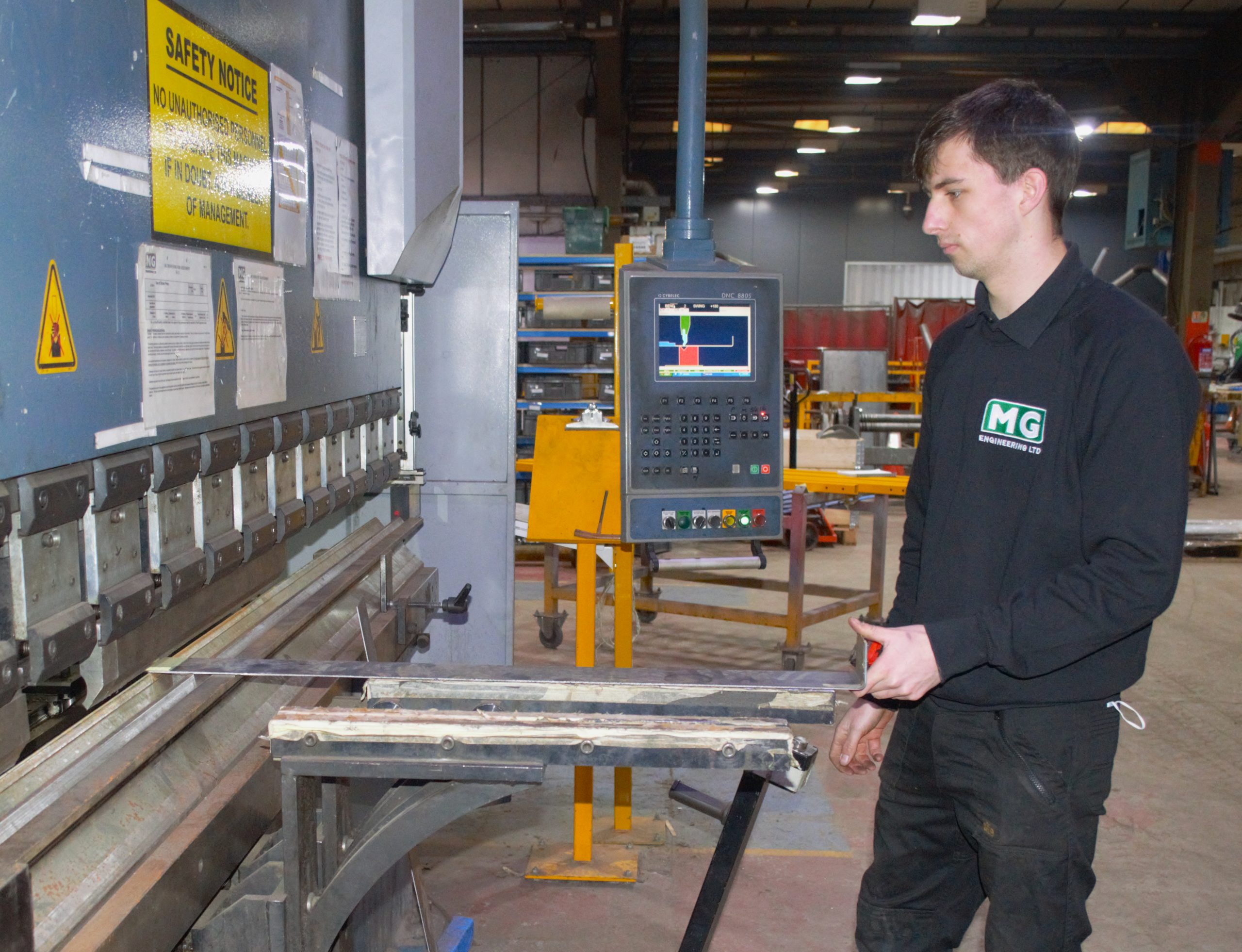 A PIPE fitter inspired to victory by the death of his father is supporting teenage apprentices on their WorldSkills journey.

Now working at MG Engineering in Flint, the 22 year-old – a former Fabrication and Welding student at Coleg Cambria Deeside – is hoping apprentices Owen Fricker and James Jones can emulate his success in the years ahead.

Also a previous winner in the Construction Metalwork contest at Skills Competition Wales, Oliver is helping the Flintshire duo, both students at the college, as they begin entering competitions in the hope of being part of their WorldSkills UK squad this autumn.

Admitting the passing of his Dad hit him hard during his 2019 debut in the finals, the ex-Richard Gwyn High School pupil is enjoying life and looking forward to a bright future with the company, which has been delivering engineering solutions to multiple sectors for 30 years.

“It’s great to see Owen and James begin their training for the skills competitions, I’m sure they will do really well,” said Oliver, from Connah’s Quay.

“After winning at the Welsh skills contest my performance at WorldSkills was impacted upon by Dad’s death, and I always hoped I would get another chance at it, to do myself justice.

“Then Covid-19 hit the UK and I thought that opportunity was lost; to be able to compete again in 2021 was a big surprise, and I was delighted to win gold for my family.”

He added: “It is an intense situation as the finals are held over three days and you can get caught up in that pressured environment, but I managed to relax and just get on with the task in hand.

“If you can stay calm and almost forget about the judges, do your work and stay focused, you can succeed, which I managed to do.”

Thanking Cambria and in particular lecturer Tony Commins for his role in helping him secure work placements and eventually a full-time position in the industry, Oliver said:

“I owe Tony a lot, he believed in me and now I’m here in a job I love – it’s the best thing I’ve ever done.

“Demand has increased, and I’ve travelled all over the world during the pandemic, fitting the products we manufacture in the US, Canada, Germany and Finland, because it’s an essential field we are operating in.

“Now my aim is to support other apprentices and use everything I learned at Cambria and in competition to continue improving as part of the team here. I will always look back fondly on memories of WorldSkills and encourage other young people to give it a try.”

Owen, 17, from Caerwys, and 16 year-old James, from Bagillt, are also keen to sharpen their skills.

According to Tony, they have the ability to go far.

“Like Oliver they have positive attitudes and want to learn, which is key to doing well in these competitions and academically,” he added.

“Oliver is a great inspiration to them and many of our learners because he has shown that if you put your mind to it and work hard you can do anything.

“We are all so proud of his achievements and wish him well for the future.”

Visit www.cambria.ac.uk for more news and information from Coleg Cambria.

For more on WorldSkills UK, visit the website: www.worldskillsuk.org