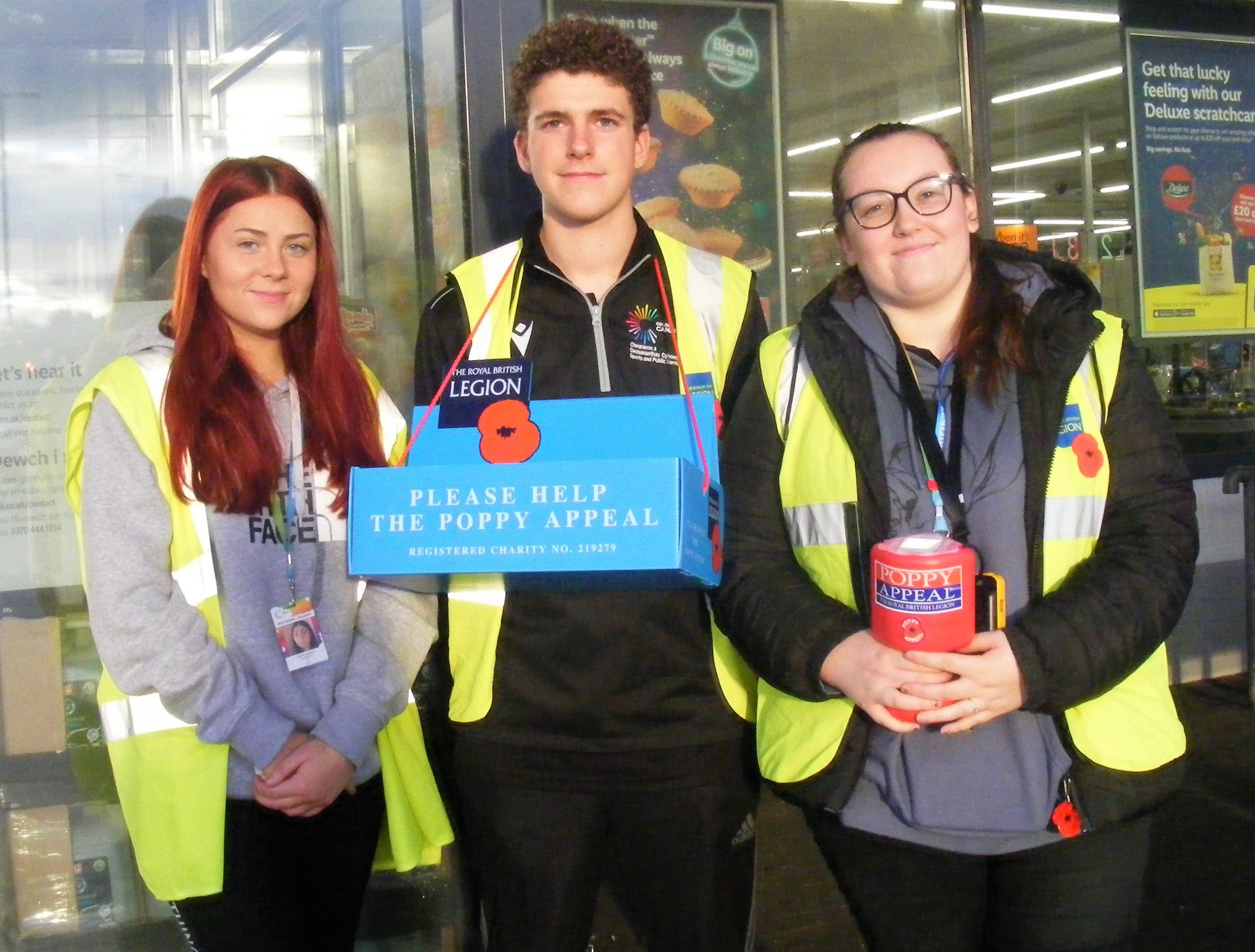 STUDENTS raised more than £9,000 in a matter of weeks for the Royal British Legion’s Poppy Appeal.

The pandemic could not stop Uniformed Public Services learners at Coleg Cambria achieving the staggering total of £9,157 for the charity campaign.

Lecturer Jason Ferguson was overwhelmed by the determination and imagination of those involved, and the generosity of the community.

“It’s a magnificent result and testament to the hard work of the staff and students, who were focused on raising more money than we ever have before for the Remembrance Poppy Appeal,” he said.

“Following Covid-19 health and safety guidelines we held events and held charity collections at sites in shops and supermarkets across the region, where people gave so much support and goodwill.

“That is reflected in the amount of money raised, which considering it was over a matter of weeks in November is quite incredible.”

Jason added: “We are all thrilled and once again thank the public for their kindness and generosity.”

The learners’ efforts not only help the organisation – with money used for initiatives such as the vital Personal Recovery Centres, Veteran Medical Funds, mobility aids and equipment grants – but will also go towards their Level 3 (WBQ) Advanced Community Challenge and BTEC Level 2 in Preparation for Public Services Volunteering.

A spokesperson for the Royal British Legion said: “After Covid-19 forced the RBL to cancel all face-to-face fundraising for the first time in its history last year, our centenary Poppy Appeal took on added significance.

“The efforts of the Uniformed Public Services learners will make a real difference to the lives of the Armed Forces community who have given so much for their country.

“We are extremely grateful for the support that Coleg Cambria provides to the Poppy Appeal every year.

“The RBL’s work is entirely dependent on this kind of generous support, so we can ensure that those who have served and sacrificed on our behalf are looked after. Every poppy counts.”

For more information on the Poppy Appeal, visit www.britishlegion.org.uk.