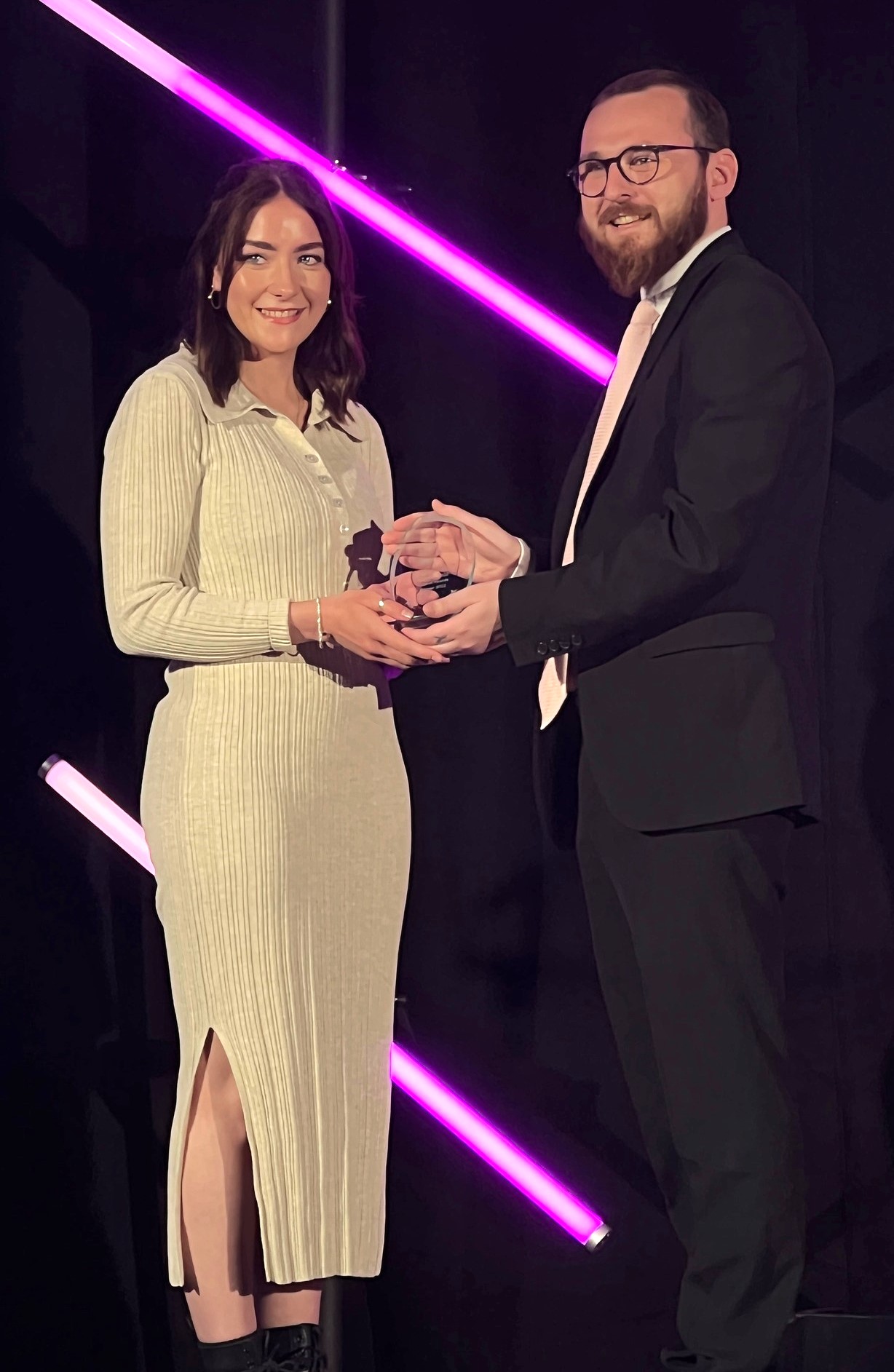 A FORMER college student now treading a successful career in politics returned to celebrate the success of work-based learners and apprentices at an annual awards ceremony.

Alyn and Deeside MS Jack Sargeant was special guest at Coleg Cambria’s Student Awards, where he handed out prizes to 29 winners in a range of categories, from Engineering and Construction to Childcare and Business Administration.

During an inspirational speech at the Hafod building in Wrexham, Jack reflected on his own time at Cambria, which he joined as a 14 year-old on a work-based learning pathway in 2008, before winning the School Links Award in 2010 and going on to become a talented apprentice engineer.

“Eight years ago, I was proud to win Coleg Cambria’s Apprentice of the Year Award, and Jason Mohammad was guest speaker!” said Jack, from Connah’s Quay.

“Well, I’m no Jason, but I’m honoured to follow in his footsteps and to be handing out the awards this evening.”

He went on to endorse the value of apprenticeships and work-based learning, while also thanking Nick Tyson, Vice Principal for Technology, Engineering and Construction, for his support.

“Careers do not always take a straight path of course and you can’t always predict which turns you will take along the way,” said Jack.

“For instance, I am a trained research and development engineer who worked in industry locally, but I stand in front of you tonight as a Member of the Senedd – and I can tell you, when I completed my apprenticeship, I could not have foreseen that.”

He added: “As you begin the next steps in your career, you will know that these are not easy times. We as a society face a series of unprecedented challenges – inequality, the impact of poverty, an unstable world politically and the climate crisis to name a few.

“It may not feel like it yet, but you are equipped with the solutions to these challenges.

“Whatever you choose to do, I want you to be bold and ambitious. When opportunities present themselves, don’t be timid – grasp them and make the most of them.”

Those thoughts were reinforced by Nick, who thanked Jack for his kind words and advice for the students.

“Jack started with the college in 2008 and straight away you could tell he had that inquisitive, determined approach to study in a technical area,” said Nick.

“He went on to be a finalist for best first-year apprentice in the then MAKE UK awards before later being chosen as Manufacturing Engineering Learner of the Year, which incredibly is one of the awards he presented on the night.

“From engineering to his position now as a leading North Wales politician, we thank him for the support of the college and the students and are very proud of everything he has gone on to achieve.”

Cambria’s Principal Sue Price added: “Thank you to Jack for presenting the awards and congratulations to all our work-based learning prize winners for your amazing achievements during your time with the college.

“Our links with business and industry grow stronger every year, and every year our apprentices never fail to impress with their skill and talent – well done to you all.”