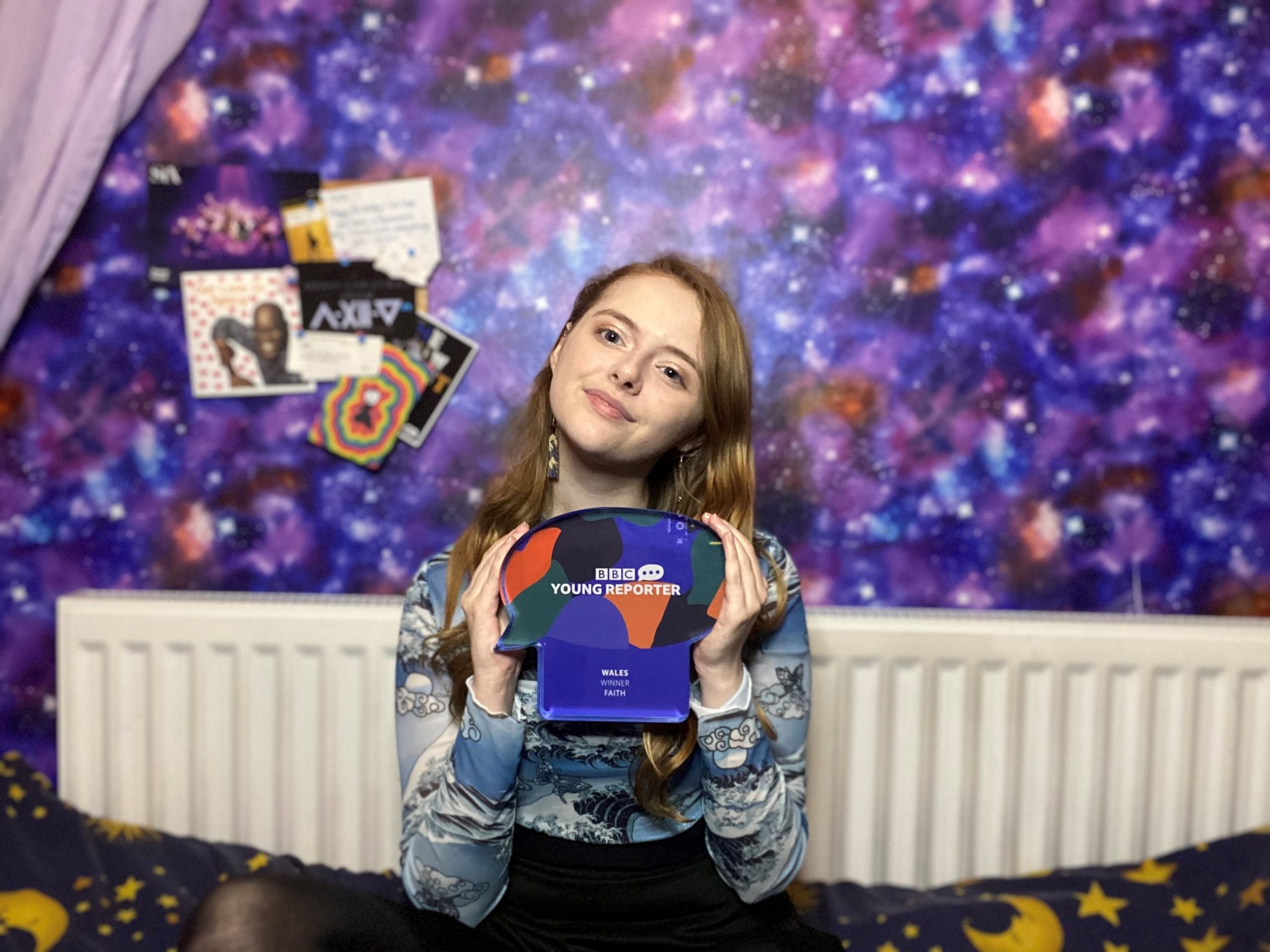 The 17 year-old, who is studying at the college’s Yale site, wrote 500 words about her OCD journey before capturing it on camera for a gripping short documentary.

Filmed by Dad Matthew – himself a former pupil at Yale – the video has been watched more than 117,000 times on the BBC Wales Facebook page and had many more views on the channel’s website.

A former pupil at Ysgol y Grango, Faith was thrilled to take the prestigious title and happy to be able to share her story with so many people, having had undiagnosed OCD for at least five years previously.

“I saw the competition online and thought I would give it a go, it was an opportunity to talk about something very important to me, but I never expected to win,” said Faith.

“When I found out I was shocked but also really happy; I had to keep it a secret for a while which was difficult, then my dad and I had to quickly put together the film – it’s been a manic few weeks but the response has been insane!”

OCD affects more than 750,000 people in the UK, and for those with ‘Contamination OCD’ it has been a particularly harrowing 12 months, with the endless hand washing and use of sanitiser gels.

As an ambassador for OCD-UK, Faith can help young people in her position, and says taking on the role has helped her confidence.

“A lot of the thoughts and actions we have our involuntary, it’s a rollercoaster ride and recovery isn’t linear, there are constant ups and downs,” she said.

“I’ve coped a lot better since becoming an ambassador as we have a group chat and can be there for each other, sharing stories and offering support when needed.”

Faith added: “OCD is anxiety-based, when people feel like they want something to be right it’s not just that, it’s that it has to be right or something bad will happen.

“There are intrusive thoughts you know are irrational and do not make sense, but you have to do it.

“The saddest thing is that everyone with OCD just wants to be happy and I am no different. It can be time consuming and tough, but we are helping each other and that has been crucial, especially during these challenging times.”

Faith lauded the staff and students at Cambria for their support and credited dad Matthew, mum Donna-Marie and sister Evie as being a source of constant encouragement and positivity.

However, despite emerging victorious in one of the country’s top contests for young media talent – and studying for A Levels in Drama, Biology and Classical Civilisation at the college – she has a different vision for her future.

“This has definitely given me a taste of journalism and lit a spark inside me, but my dream has always been to work in archaeology or zoology,” said Faith.

“But I’ll definitely keep writing and sharing my story, especially for the many young people across the country who may be going through the same thing – it does help to know others are there for you and are able to help.”

Drama lecturer Jayme Louise-Edwards praised Faith for the “incredible achievement” and added: “She has managed to encapsulate in a short video and a few hundred words what many thousands of people are experiencing every single day. And to have won this award is remarkable, a true testament to her character.

“We are all proud of Faith and so inspired by her story – congratulations, this is so well deserved.”