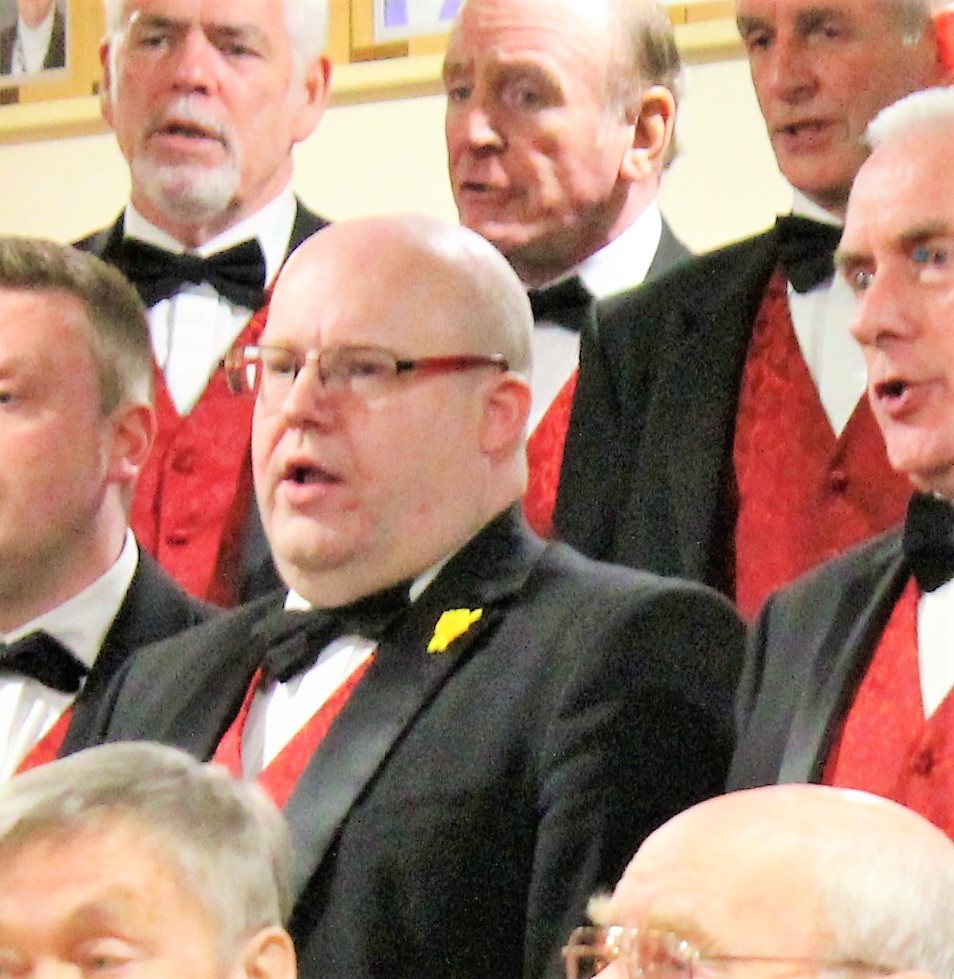 DARYL STEPHENSON is on cloud nine after reaching the top of the charts with a world-renowned choir.

Daryl, a work-based learning assessor at Coleg Cambria Deeside, is a tenor with the award-winning Fron Male Voice Choir.

Based in the Dee Valley, they reached number one in both the Classical Artist and Classical Combined charts with their latest release, Voices of the Valley: Echoes

Daryl, from Ruabon, also appeared in the YouTube video for first single Bring Him Home, with the choir performing virtually from their homes due to the Coronavirus pandemic.

“It’s such a strange and surreal experience but we are all over the moon,” said Daryl, who has two children with wife Sarah – Emily and Daniel, himself a singer with Only Boys Aloud.

“I never expected to be able to say I’ve been top of the charts, but we did it and are all absolutely thrilled.”

He added: “We actually recorded Echoes pre-Covid but had to delay release, so for it to do so well – especially as we beat Katherine Jenkins and Andrea Bocelli to the top spot! – was incredible after a tough year for everybody.”

A boy soprano, Daryl lost interest in singing as a teenager before picking it up again when a friend mentioned he had joined the Fron collective.

“I hadn’t sung for many years but went along to have a listen; my grandfather absolutely loved the sound of a male voice choir and that always stuck with me,” said Daryl.

“I’ve been there ever since and enjoyed every second, though of course the last year has been difficult.

“We have more than 60 members ranging from 30 to 90 years old, so it’s been impossible to all be in the same room, but we are hoping to be able to soon.

“As a tenor I’m one of those who hits the high notes, but I never thought we would reach as high as this – it’s fantastic.”

Echoes is the sixth release from Fron Male Voice Choir and features a selection of favourites including She, And So It Goes, The Bandits’ Chorus, Llanfair, A Million Dreams and O Iesu Mawr.

“We are all absolutely delighted for Daryl and all of the members of Fron Male Voice Choir,” said Kate.

“The album is brilliant, and we look forward to hearing Daryl singing back here in the corridors at Coleg Cambria when it is safe to do so!”

For more news and information from Coleg Cambria, visit www.cambria.ac.uk