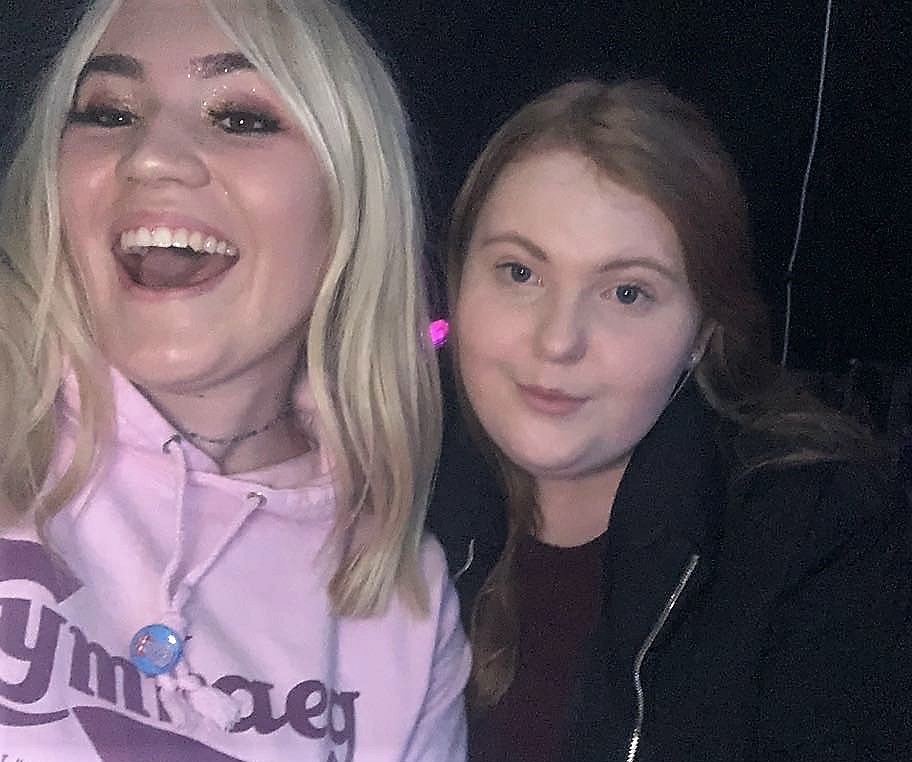 FRIENDS passionate about keeping the Welsh language alive are off to the nation’s capital to begin the next chapter in their lives.

Frances Bather and Ellie Worsnip will study Welsh at Cardiff University after succeeding in their A Levels at Coleg Cambria’s Yale campus in Wrexham.

Frances, from Llangollen, and Mold-based Ellie both received As in Welsh and passed other subjects including Media Studies, English Literature, Welsh Baccalaureate and English Language.

They urge other youngsters to consider a career utilising Welsh and thanked Cambria – notably its branch of Coleg Cymraeg Cenedlaethol – for their support.

A former pupil at Ysgol Dinas Bran, Frances, 18, said: “We are both very passionate about keeping the language alive and being able to use it in our day-to-day jobs, so that was a big reason we chose to study it at university.

“I would like to teach Welsh, either at primary or secondary school level, and believe there is a lot more for us to learn about the language, from its history to the relevance and importance of a bilingual society.

“As there is a campaign to increase the number of people who use the language it’s an exciting time to be taking on this degree – I can’t wait to get started.”

The Welsh Government’s Cymraeg 2050 plan aims to increase the number of people speaking the language to one million.

Ellie, 18, who attended Alun School, is determined to become a bilingual speech and language therapist in the future and applauds the drive to preserve Welsh for future generations.

“Learning Welsh at Cambria and being part of Coleg Cymraeg Cenedlaethol was a lot of fun and also laid the foundations for us to move forward in this sector,” she said.

“The tutors really inspired us and showed there are so many opportunities to use the Welsh language in a variety of roles.

“Whether you’re fluent or a beginner they can help you and that in turn will attract more people to study Welsh, which will be great to see.”

Frances added: “We are looking forward to Cardiff and can’t wait to get started now. Being there together will help us settle in and achieve our goals.”

For more on the wide range of courses and qualifications available at Coleg Cambria, visit the website: www.cambria.ac.uk