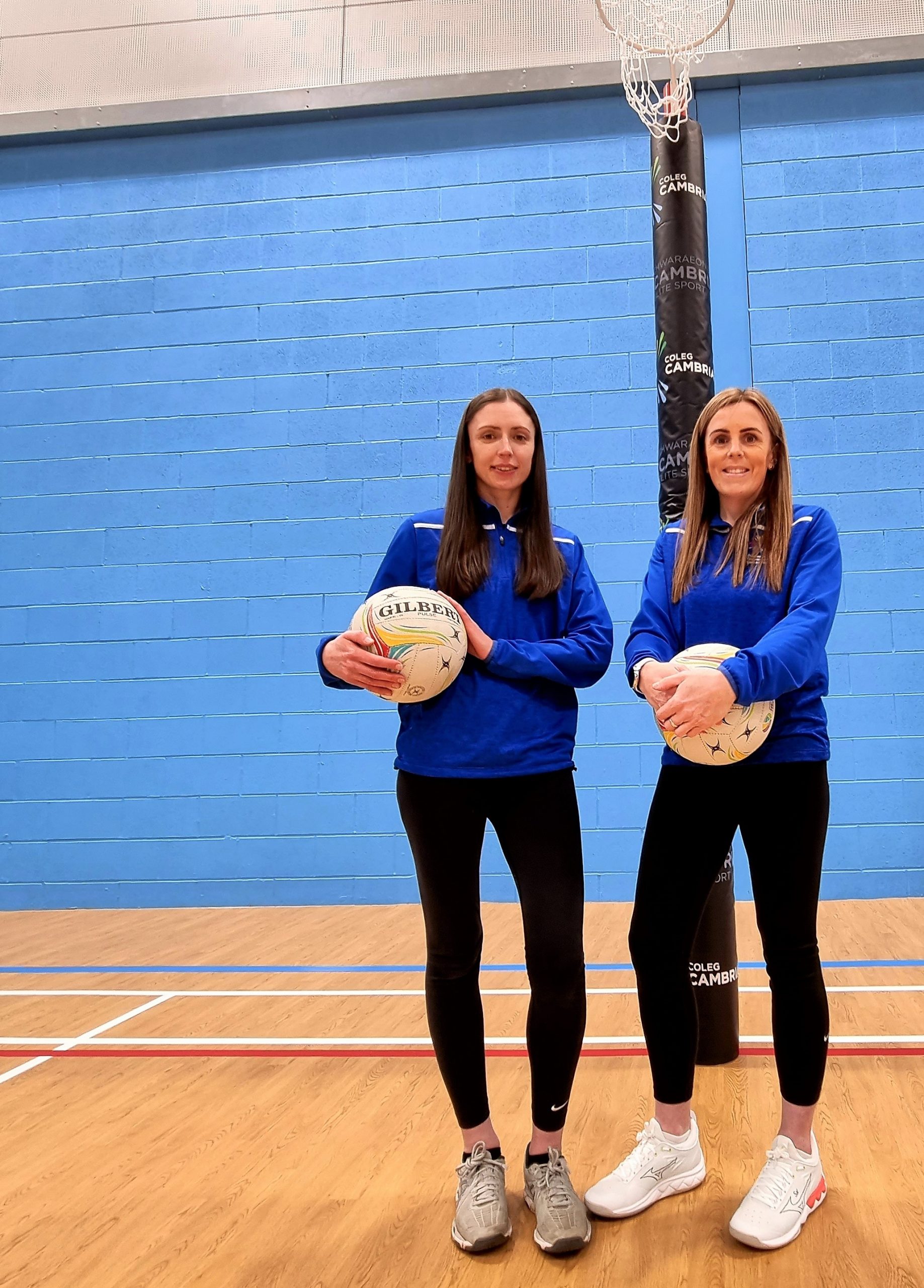 COLEG CAMBRIA is one of seven new Regional Academies unveiled by Wales Netball.

The college will help young players in North Wales achieve their goals by playing host to weekly training and strength and conditioning sessions at its revamped £21m Yale site in Wrexham.

Wales Netball has unveiled a new ‘Performance Pathway’ and the select group of institutions are aiming to attract athletes looking to progress to the national squad at U17, U21 and Senior level.

The aim is to “nurture talent” and instil the “Welsh way” of playing into the next generation of court stars.

Sally Jones, Curriculum Director for Sport, Uniformed Public Services, Business and Elite Sport at Cambria – herself a former Wales Netball international – said they are delighted to be selected.

“This is the perfect opportunity to showcase the talent we have in this region,” she said.

“We are one of seven institutions chosen – and currently the only one in North Wales – so there will be a lot of competition, but that can only be a positive for the academy at Cambria because there are so many elite players up here, including those who represent our Welsh College Championship winning side.

“This is an exciting development for the college and for Wales Netball, so we are proud to be a part of it.”

Cambria sports lecturer Danielle Coxey, a national Wales Netball Umpire, added the cream of the six counties will be given a platform to demonstrate their skills at Cambria’s state-of-the-art Yale sports facilities.

“The Academy will take netball in North Wales to a new level and shine a spotlight on many gifted athletes who might not have otherwise had the opportunity to play for their country,” she said.

“Previously they would have had to make the commitment to travel down to South Wales to train and for trials, so this is a fantastic development, for the college, the players and Wales Netball.”

Additional Regional Academies at Merthyr College and Freedom Leisure (Brecon) will commence in September; a north west Wales partner will be announced in September.

Players attending will be invited to join monthly National Academy sessions, led by Wales Netball appointed qualified coaches and team managers; from there, successful athletes will progress to the U17 and U21 competition squads selected for Netball Europe and the World Youth Cup.

Wales Netball CEO Vicki Sutton said: “North Wales has produced some incredibly talented netballers in the past and that is testament to the schools, colleges, universities and clubs in the area.

“The launch of a Regional Academy at Coleg Cambria will ensure that continues to happen for years to come. Coleg Cambria has wonderful facilities and a very knowledgeable workforce.

“I look forward to watching the Academy flourish over the next few months as we embark on this exciting new pathway.”

Trials at Cambria Yale will take place on Thursday (January 27) from 5.30pm-7pm.

For more news and information on Coleg Cambria, visit www.cambria.ac.uk.