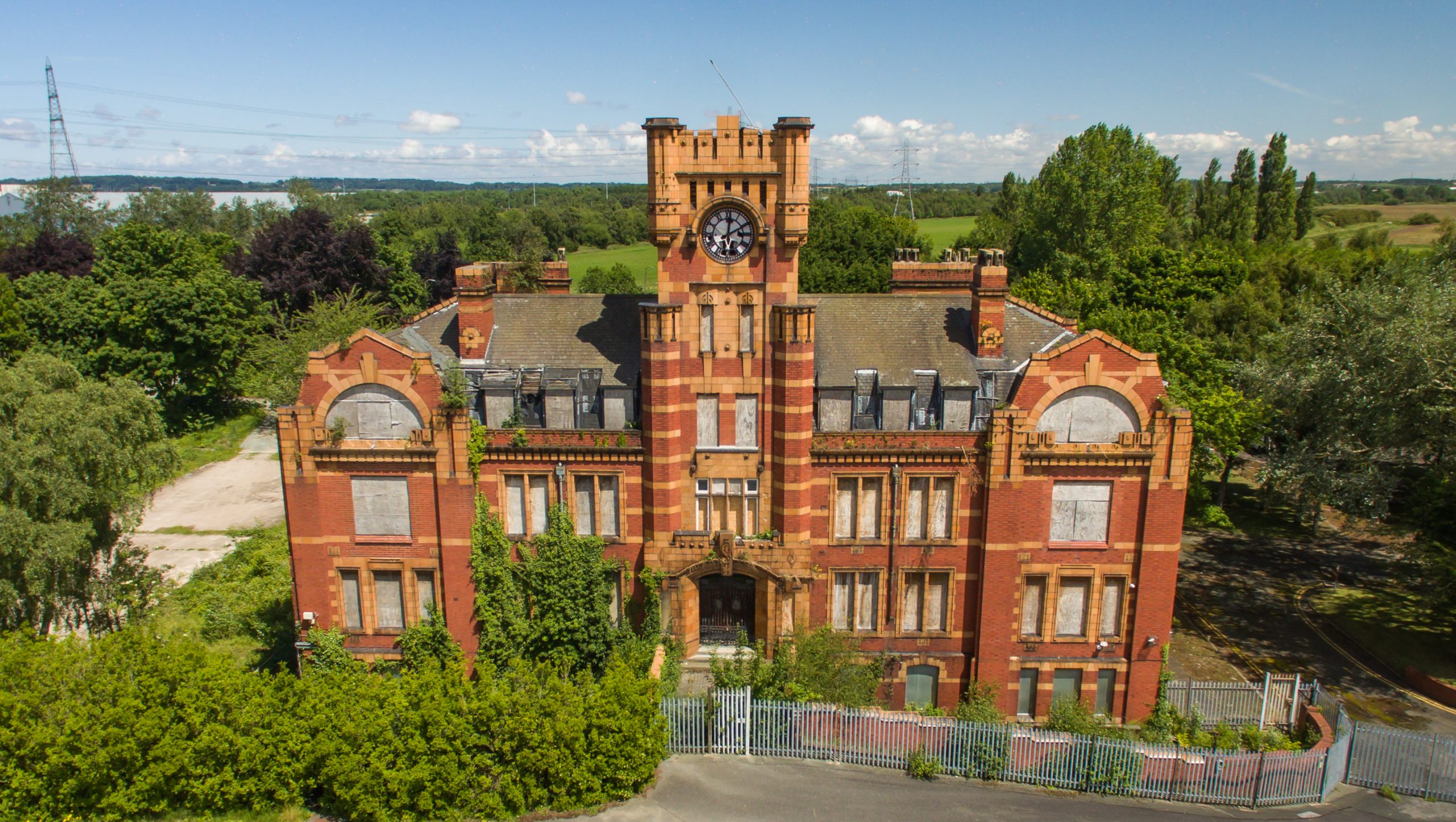 A LEADING businessman has returned to the place he was a teenage apprentice to help a team of volunteers bring a North Wales landmark back to life.

The building opened in 1907 and was home to the general office of Shotton Steelworks – now Tata Steel – on the banks of the River Dee, before closing in 2009 and falling into serious disrepair after being sold by the company.

However, memories of its former glories are very much alive; it was here Scott arrived as a 16 year-old to begin his tenure as an apprentice electrician.

Now aged 39, he has gone on to have a successful career in the electrical and manufacturing sectors and later with wife Gail, founded Ethikos, which owns firms including the Delta Rock Group Ltd and Gilks (Nantwich) Ltd, with operations in Deeside, Cheshire and Anglesey.

“When I heard about plans to turn these rundown buildings into a hub for the community, particularly the heritage skills centre, I had to get involved,” said Scott.

“We have helped with lighting and manpower and plan to do more, including supply of materials and labour. Whatever we can do.”

He added: “I’ll never forget being dropped off for my interview and walking through the large, beautiful wooden revolving doors into reception, the green tiles, the ornate staircase with the JSS (John Summers and Sons) crest, the smell, the people – it’s a very special place that means a lot to me.

“As a team we would work on all aspects of the building, including some of the maintenance, so it would be incredible to see it restored and given a new lease of life.”

Ethikos – formed from the Greek word ‘ethos’ – is focused on inspiring future generations of apprentice engineers and electricians, and Scott believes the John Summers site could be a driving force behind that.

“We need to encourage more boys and girls to look at apprenticeships, something this site was renowned for,” he added.

“Without the start I had in my career I would not be where I am now, it laid the foundations for me, foundations that are not there for many youngsters today.

“With plans for a heritage skills centre and training, Vicki Roskams and the team behind this project are aiming to rediscover lost crafts and trades, which is vital for our communities.

“I’m fully behind the concept and hope others will be able to enjoy the experiences and grounding I had; there is no substitute for that – this will be a remarkable legacy.”

Vicki, Director of The Enbarr Foundation in Queensferry, thanked Scott and the ‘Guardians’ for their determination and dedication and is focused on bringing the scheme to life in the months ahead, including new sections of the roof.

She said: “I cannot thank Scott and his team enough for all the support they’ve given us.

“To hear stories of his apprenticeship all those years ago shows how this building means so many things to so many people.

“We will keep fighting, keep working and will not stop until the site is completed.

“And like me, Scott has a pure ambition to grow and invest in skills in this region, something which is going to be pivotal as we move forward with renovations and supporting the community out of COVID.”

Vicki added: “We have received amazing generosity and backing over past years and welcome any support from organisations or people who would like to donate time or services to this project.

“Together we can help our local area build its way back after an unparalleled and challenging 12 months.”

For more information or to support the project, email vicki@enbarrenterprises.com or visit the Guardians of the Clocktower Facebook page.