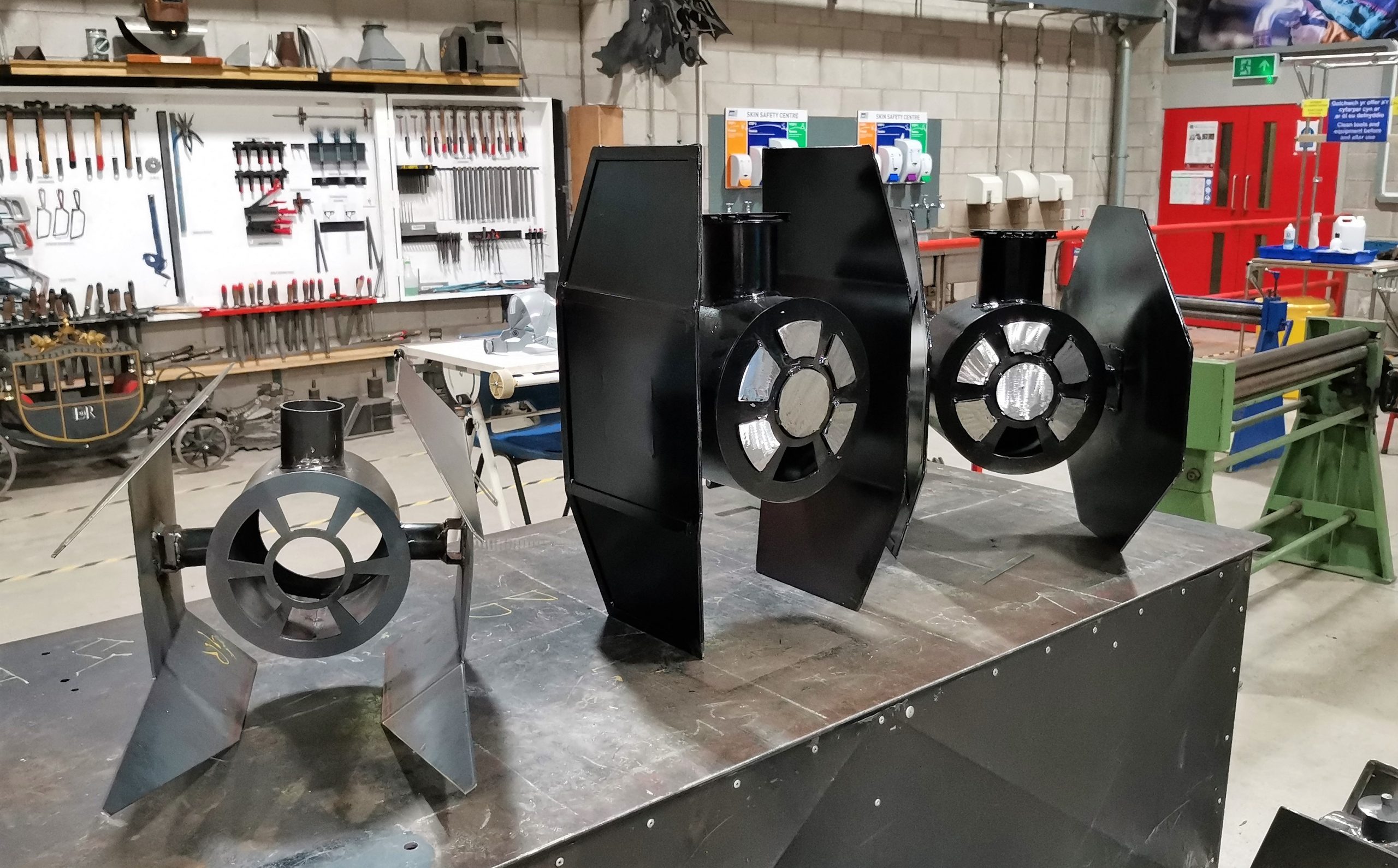 The unique garden heaters were fabricated from raw sheet metal at Coleg Cambria Deeside by a 75-strong cohort from the Airbus wing-making factory in Broughton.

Lecturer Tony Commins and colleagues oversaw the learners’ progress as they used a variety of techniques and processes to build a range of stoves on the sci-fi theme, including Imperial TIE (Twin Ion Engine) Fighters featured in the Star Wars movies.

“It was great for them to learn new skills, from plasma cutting and shaping to welding and designing,” said Tony.

“After just 42 hours they went from complete novices to being competent with these techniques and have all produced something they can take home.

“The stoves are basically like a garden or patio heater so I’m sure they will be welcomed as the cold winter nights draw in.”

A keen fan of the popular film franchise, Tony said the team at the Connah’s Quay site always try to bring a fun element to learning.

“The skills they have learnt will add another dimension to the knowledge and experience they already had, and the groups seemed to really enjoy the task,” he added.

“Over the years we have produced lots of weird and wonderful creations for the outdoors, from Darth Vader to dragon fire pits, and as fans of sci-fi movies we are never short of ideas!

“All of the apprentices did a brilliant job; it was great to have them with us and we wish them every success in their future careers.”

For more on Engineering and Apprenticeships at Coleg Cambria, visit www.cambria.ac.uk